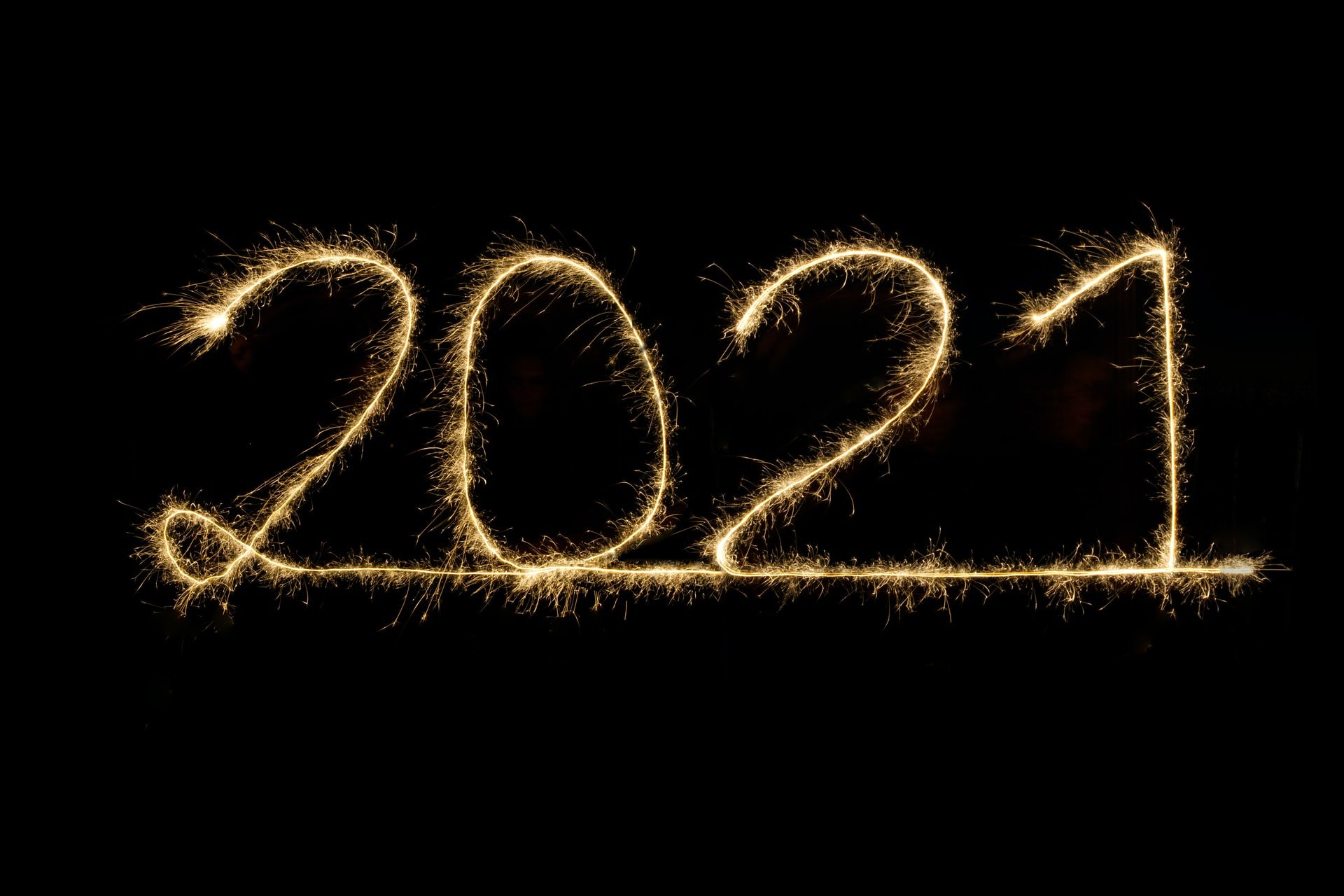 By James Bourne | 4th January 2021 | TechForge Media http://www.cloudcomputing-news.net/
Categories: Infrastructure, Platforms, Software as a Service,
James is editor in chief of TechForge Media, with a passion for how technologies influence business and several Mobile World Congress events under his belt. James has interviewed a variety of leading figures in his career, from former Mafia boss Michael Franzese, to Steve Wozniak, and Jean Michel Jarre. James can be found tweeting at @James_T_Bourne.

2020 has been a year of tumult and turbulence with Covid-19 affecting professional and personal life for virtually everybody. While many sectors undoubtedly struggled, many cloud software and infrastructure providers had good years – at least on the balance sheet.

The uncertainty of the pandemic may remain for now, but it meant 2020 was certainly an interesting year for cloud news – with Covid by no means the only game in town. Here is CloudTech’s assessment of the past 12 months, alongside a few predictions for 2021.

There was no other place to start. As the pandemic became global, and the threat of lockdown became apparent, companies were in one of two positions: they either had a solid remote working setup in place, or they had to scramble to create one.

Either way, even for companies who were optimised to working from home (WFH), their infrastructures were about to be tested like never before. For providers in the security and compliance space, it was a boon. Jeremy Snyder, vice president at cloud configuration software provider DivvyCloud, told this publication in April that skills gaps remained, and that companies were ‘really good at creating stuff, but not good at cleaning up after themselves.’

Yet some companies truly captured the zeitgeist more than others. To ‘Zoom’ has arguably gone into the wider vocabulary as a videoconferencing verb as Google once did for search. In June, Synergy Research found that the company’s revenues had given conferencing software as a service (SaaS) an uptick on its own for the first quarter of 2020. If you were a high ranking executive in cloud computing, then you may well have been in demand with ‘skyrocketed’ interest for CTOs, SVP clouds, and infrastructure managing directors, according to Leadership Capital Group in July.

The generosity of cloud companies also became apparent during the first days of lockdown, although with the likes of Amazon Web Services (AWS) consistently breaking $10 billion in quarterly revenues, perhaps the odd freebie here and there was fair enough. As covered in this blog, offers included free products to healthcare employees, scientists, and other key workers, to getting involved in products to help Covid-19 diagnosis and prognosis.

Read more: How SaaS companies can build on their popularity with a good digital marketing strategy

One evident benefit of lockdown – at least, in the short term – was the effect on climate. Delhi, for instance, saw its air quality index (AQI) number drop to 20 in April. Lower is better in this regard. Anything above 25 is considered unsafe by the World Health Organisation, which may mean Delhi is tottering near the line, but it’s a lot better than the numbers of 900 and above which the city polled in 2019.

For cloud providers, aware of their role in creating a more sustainable and greener world, 2020 saw an acute example of what could be done. There was some good news for stakeholders early this year. In March, a report published in the journal Science found that while global data centre energy had gone up over the past 10 years, this was not related to wider electricity output. In energy use per compute instance, the report found the intensity of energy used by global data centres had decreased by 20% annually since 2010.

In September, Google announced it would set a goal to run its business on carbon-free energy everywhere by 2030. The company said as far back in 2017 it had become carbon neutral; now, the goal is to eliminate its carbon legacy. At the same time, Microsoft was surfacing its underwater data centre off Orkney. The experiment, called Project Natick, revealed cautiously promising results.

Sustainability is a key aspect of executives’ 2021 predictions (below). OVHcloud, for instance, has set a target of carbon neutrality by 2025 with a purely renewable energy mix, and net-zero emission by 2030. Hiren Parekh, VP Northern Europe, noted the wider trend was surely set to continue. “I think that in 2021 other forward-looking cloud providers and data centres will also look at using more renewable sources of energy to reduce their water and carbon consumption, whilst also trying to take part in the circular economy by reusing, recycling and upcycling their components,” said Parekh. “They will also start looking at their supply chains and ensuring that they too, are meeting environmental requirements.” Pip White, MD UK&I at Google Cloud, added: “In 2021 we’ll see more companies make carbon neutral pledges, and those that already have will put their words into action.”

In July, the European Court of Justice (ECJ) ended Privacy Shield, an EU-US agreement which aimed to ‘provide companies on both sides of the Atlantic with a mechanism to comply with data protection requirements in support of transatlantic commerce.’ The agreement was challenged by privacy advocate Max Schrems, who argued security laws in the US were inadequate in safeguarding EU citizens from surveillance.

The loss of Privacy Shield – and in particular the status of Standard Contractual Clauses (SCCs) – led others to assess the impact on the largest, US-based, cloud providers. As they are ‘electronic communication service providers’, warned some, SCCs are null and void, though as yet unspecified ‘supplementary measures’ may help.

While the hyperscalers insisted the status quo remained, CloudTech understood some customers had taken the law into their own hands and were moving. This provides an opportunity for EU-based cloud providers focused on data sovereignty.

Jan Oetjen, CEO of GMX, wrote in August that in the absence of a direct equivalent to GDPR, the CLOUD (Clarifying Lawful Overseas Use of Data) Act ‘serves as another red flag for individuals concerned about their data in the US.’ Sab Knight, of IONOS – best known for its 1&1 brand – told this publication in November that his team spent most of its time educating clients about their data privacy, and how one recent attendee at a speaking engagement, panic-stricken, ‘didn’t realise the gravity of [his] situation.’

Edge of glory: The cloud and telecom liaison

It was another year in which an announcement made at AWS re:Invent the previous December helped shape the coming 12 months. For 2018 going into 2019, it was AWS Outposts and the need to deliver true ‘hybrid’ experiences across all facilities and environments. This time around, it was the partnership with Verizon around 5G and edge computing.

In essence, the promise of 5G continues to be just around the corner. Cloud providers and telcos have various complementary assets, from IoT and artificial intelligence on one hand to 5G and edge on the other, but it is developers which are the primary currency.

Microsoft made various moves in helping facilitate this technology. In March and May respectively, the company acquired Affirmed Networks and Metaswitch. The Seattle giant then trumped this with the release of Azure for Operators in September, promising to ‘unlock the power of 5G and bring cloud and edge closer than ever.’

Google Cloud has a wider Global Mobile Edge Cloud (GMEC) strategy, in tandem with various operators, alongside partnerships with Orange, Telefonica and AT&T. The company has also made its app management platform, Anthos, more telecom-friendly.

Speaking at an event in September, Shailesh Shukla, VP and general manager networking at Google Cloud, noted edge computing brings ‘tremendous opportunities, but also challenges.’ “It’s the ecosystem of cloud providers such as Google, the telecom service providers that have the infrastructure at the edge and the network capability, coupled with the developers and ISV ecosystem, who can come together to solve specific challenges and use cases and business problems for the enterprise community,” he said.

Read more: Google Cloud opens up on its edge strategy – and how clouds, telcos and developers all need to work together

With the increased amount of information – much of it confidential data – accessible remotely, a key focus for businesses now has to be ensuring this data remains secure, and that privacy is maintained.

IT departments, faced with the challenge of ensuring their business applications migrated to the cloud are hosted in the most secure way,  will increasingly look to implement tailored cloud solutions that utilise a dedicated and isolated environment, which offers a consistent level of performance that provides high availability and reliability. These types of private cloud solutions provide optimum control and customisability to respond to changing organisational needs, whilst also meeting distinct security accreditations, data compliance and data privacy rules such as GDPR.

Therefore, I believe that in 2021 we will see many organisations move key business applications to a private cloud environment.

Unsurprisingly, 2021 will see a new and ever-evolving workplace, and businesses will need to remain agile, responsive, and able to adapt to survive. More businesses will opt for an “open” cloud approach to avoid vendor lock-in and foster innovation across environments in the cloud and on-premises faster.  There will be a greater desire by companies to not bring the problems of the on-prem world into the cloud and by not being “open,” businesses will not want to repeat past mistakes.

As businesses continue to stabilise themselves post-pandemic, a renewed focus will be placed on projects that enhance employee and customer experiences, reduce costs, increase operational efficiencies and boost revenue. To enable an “open” cloud, build new environments and modernise old ones, the open-source community will dial-up investment in container and serverless functions, creating a spike in global demand.

Cloud migration will be increasingly driven by the need to establish a culture of continuous innovation to keep pace with rapid change. Untethering staff from low value, labour-intensive tasks and allowing them to focus on innovation and high-impact projects. Companies will move away from what might have been top-down corporate strategies, to fully infusing transformation and letting every person in an organisation transform. Businesses will also need to embrace an “anywhere operations model”, as coined by Gartner, that allows for business products and services to be accessed, delivered, and enabled anywhere. New ways of working will emerge, as will new ways to create, collaborate and innovate.

It’s been a difficult year, but we have still seen many UK and Irish organisations continuing to innovate by using the flexibility, scalability and agility of the cloud. In fact, the pandemic has spurred organisations to make the move to the cloud to meet the changing needs of customers and citizens. We also saw healthcare businesses actively embrace the cloud.

We expect to see more of this next year, as UK and Irish organisations continue to embrace the opportunities that new cloud technologies provide, for example using ML for more predictive rather than reactive purposes liked fraud detection and improved customer experiences.

We can’t talk about 2021 without talking about all the possibilities of 5G, and moving compute and storage to the edge. Vodafone Business will open its first distributed Multi-access Edge Computing (MEC) and 5G commercial centre in London in 2021. This will allow industries like finance, healthcare and gaming to innovate by taking advantage of ultra-low latencies and almost real-time response times to develop new applications we have not even thought of yet.

Photo by Moritz Knöringer on Unsplash