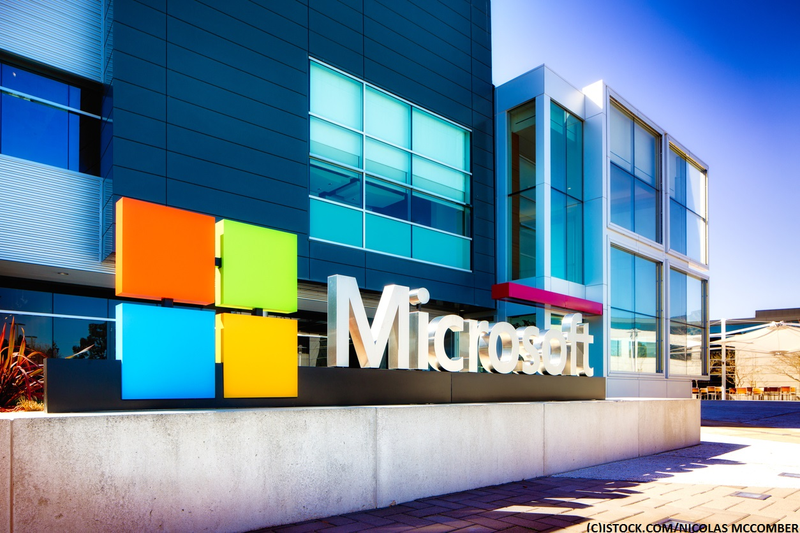 By James Bourne | 28th October 2019 | TechForge Media http://www.cloudcomputing-news.net/
Categories: Infrastructure, Microsoft, Cloud Computing Public Sector News. Read the latest news and insights on cloud computing in the public sector here at Cloud Tech News.">Public Sector,
James is editor in chief of TechForge Media, with a passion for how technologies influence business and several Mobile World Congress events under his belt. James has interviewed a variety of leading figures in his career, from former Mafia boss Michael Franzese, to Steve Wozniak, and Jean Michel Jarre. James can be found tweeting at @James_T_Bourne.

Analysis The announcement from the Department of Defense (DoD) on Friday that Microsoft had been awarded the long-detailed $10 billion JEDI (Joint Enterprise Defense Infrastructure) cloud computing contract elicited responses of surprise from many in the industry.

The release confirming the contract to Microsoft made for interesting reading. Transparency was the name of the game: the award was ‘conducted in accordance with applicable laws and regulations’, it ‘cleared review by the GAO and Court of Federal Claims’, with all bids ‘treated fairly and evaluated consistently with the solicitation’s stated evaluation criteria.’

Yet one paragraph up, the DoD notes that the award ‘continues [its] strategy of a multi-vendor, multi-cloud environment… as the department’s needs are diverse and cannot be met by any single supplier.’

Arguably the biggest point of discussion around the entire procurement focused on the single or multi-cloud approach. Writing for this publication in August, David Friend, CEO of cloud storage provider Wasabi, made his opinions on multi-cloud clear.

“We will see the cloud market become increasingly decentralised in the years to come, as more specialist vendors spring up to meet specific customer needs at better prices,” wrote Friend. “We just have to hope the JEDI contract doesn’t feed the giant at the expense of the competition being able to grow.”

The contract award has potentially done that, though perhaps not in the way Friend intended. Noting Amazon’s market leadership in cloud infrastructure, an argument can be made that, on business terms, giving this award to a strong, entrenched second player – as Microsoft is – would facilitate a continued competitive market.

The question remains, however: is this single cloud or multi-cloud? AWS has been running the CIA’s cloud for the better part of half a decade; confirmation arrived in February 2015 that it was running on ‘final operational capability.’

Cloud pundit Bill Mew sees it as the latter given AWS’ other commitment – but criticised the procurement process. “A lot of people were arguing that it should be a multi-cloud bid and therefore open up to a number of different competitors,” Mew told CloudTech. “The DoD argued the reverse – we need one supplier simply because we need the level of tight integration and security.

“I totally buy that if that’s their argument – but then why are they not going to the same supplier the CIA have?” Mew added. “There are going to be hundreds of other government sector contracts coming up. You have to think at an overall strategic level within government – is the single cloud approach the one we’re taking or are we actually going to ascribe a multi-cloud approach where we want a healthy market? And if so, why didn’t we set out right at the outset what the interoperability standards are within that environment?”

Rumour and conjecture has been rife regarding the process behind the contract award. Around the time Oracle’s initial legal challenge around its exit from the process was dismissed, President Trump announced he was looking into the contract, citing – as reported by CNBC – “tremendous complaints from other companies.” According to the same publication on Saturday, former secretary of defence James Mattis claims in a new book that President Trump told him to ‘screw Amazon’ out of the contract.

Mew argues that, should AWS challenge this award – the Washington Post cites one legal analyst who said it was a ‘virtual guarantee’ – its case will be ‘far stronger’ than Oracle’s.

“I’m normally somebody who trusts the system, but there’s already been so much of a mess in terms of this procurement, and we have an administration here who have shown themselves to be not entirely unopen to bias,” he said. “One has to have a level of cynicism. I think it will all come out in time.”

One other fact to consider is around the contract itself. $10 billion is a naturally eye-catching number – Microsoft noted in its financials last week ‘material growth’ in $10 million Azure deals – but the contract has plenty of wiggle room. DoD official communications note a two-year base contract period with $1m guaranteed.

“This is an enormous vouch of credibility for Microsoft and Azure – there’s no taking away from how important this is to them,” said Mew. “However, if you look at the contract, it doesn’t mandate that $1bn is spent every year, it is a very flexible framework.”

A statement from AWS read: “We’re surprised about this conclusion. AWS is the clear leader in cloud computing, and a detailed assessment purely on the comparative offerings clearly lead to a different conclusion. We remain deploy committed to continuing to innovate for the new digital battlefield where security, efficiency, resiliency, and scalability of resources can be the difference between success and failure.”

When asked about plans to appeal, AWS did not return comment at publication time.