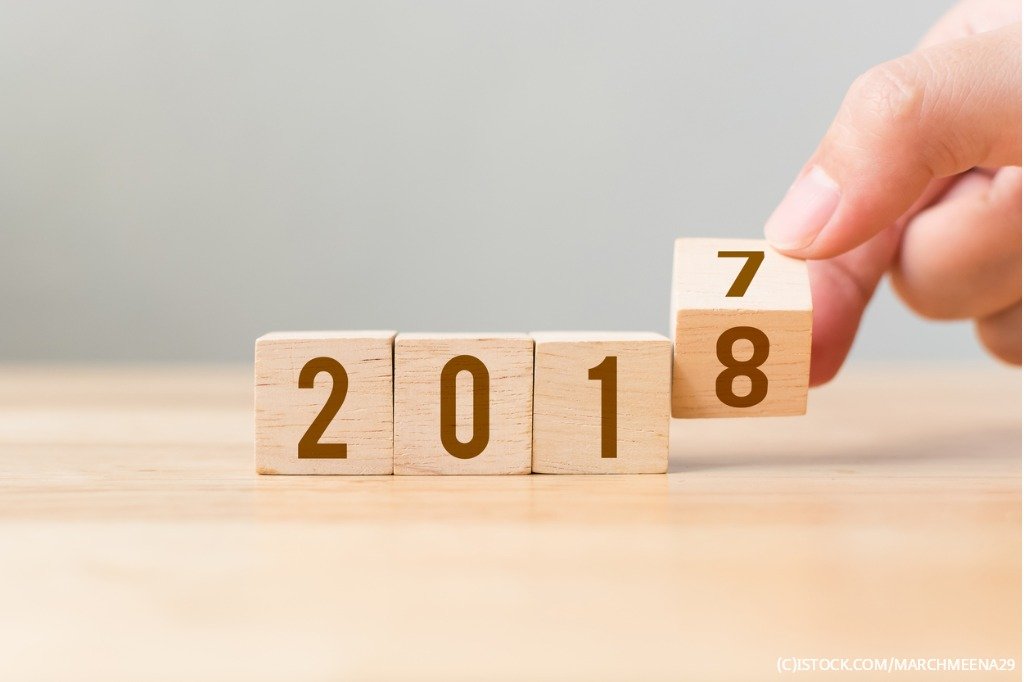 By James Bourne | 2nd January 2018 | TechForge Media https://www.cloudcomputing-news.net/
Categories: AWS, Microsoft,
James has a passion for how technologies influence business and has several Mobile World Congress events under his belt. James has interviewed a variety of leading figures in his career, from former Mafia boss Michael Franzese, to Steve Wozniak, and Jean Michel Jarre. James can be found tweeting at @James_T_Bourne.

It’s been another exciting year in the cloud computing space. From blockchain, to AI, to containers and microservices, the technological developments have made for interesting reading – as well as the continued pushes by the leading companies in the ecosystem.

Below, CloudTech has put together five trends which shaped 2017, featuring some of the biggest stories of last year, as well as a series of predictions from executives on what they expect from 2018.

The AWS/Azure competition – with Alibaba and Oracle on their tail?

2016 ended with the race for IaaS success pretty much all over: Amazon Web Services (AWS) at #1, Microsoft Azure at #2, and a panoply of tech giants fighting for the bronze medal.

How did last year end? No change really, but a few interesting developments nevertheless took place. First off was the rise of Alibaba into a major cloud player in 2017. Gartner put the company in third place for public cloud IaaS back in September, with the company itself passing one million paying cloud customers. CEO Daniel Zhang said in November the cloud business “continues to defy gravity”.

Oracle’s cloud push continued at some strength in 2017. Financial results appeared strong – $1.5bn in total cloud revenues for the most recent quarter albeit with some concerns about guidance – but at the heart of the strategy was the first fully autonomous database cloud. Larry Ellison said at an event in October it was “the most important thing [the company has] done in a long, long time.” Digs at AWS were not backwards in coming forwards from the Oracle side in 2017, although one was queried in April by AWS distinguished engineer James Hamilton.

Despite all this however, AWS remains well ahead of Azure, which remains well ahead of the chasing pack. In July AWS hit $4.1bn in revenue, contributing almost 11% of Amazon’s overall revenue. Synergy Research described the numbers of the big players as “spectacular”, continuing to grow ahead of a larger, maturing market. A study from Cowen in June found how the competition between AWS and Azure bolsters innovation and growth in the wider public cloud ecosystem. Yet 2017 also saw both companies working together for one project: Gluon, an open artificial intelligence platform.

Google beefs up its game under Diane Greene

Whither Google, one may ask after reading the previous four paragraphs? The truth is the search giant’s cloudy initiatives in 2017, under the leadership of Diane Greene, deserves a spot of its own.

The company’s Next conference, in San Francisco back in March, saw a host of customers announced representing a serious step up; Verizon (ranked #13 on the most recent Fortune 500), Colgate-Palmolive (#174) and eBay (#300). What’s more, the number of its ‘big’ cloud deals – designated at $500,000 or more – tripled year over year, according to CEO Sundar Pichai in July.

Writing for sister publication Enterprise CIO, Nick McQuire, VP enterprise research at CCS Insight, was suitably impressed by the ‘dizzying’ total of announcements and the ‘speed of progress’ the company was making at Next. “Just two years ago many argued Google lacked relevancy and credibility in the enterprise market,” wrote McQuire. “Today, however, Google’s critics are quieting.”

The rise of blockchain in a cloudy context

It’s official: 2017 was the year of blockchain and thousands of other assorted cryptocurrencies. At the start of the year CloudTech spoke with Jessica Groopman – now at Kaleido Insights but then principal analyst at Tractica – about a research report the latter had published. The report was early in identifying how blockchain technologies could revolutionise enterprise applications. At the end of January, Pat McCool of Market Gravity, writing for this publication, noted how collaborative cloud technologies were the forerunner and how the two overlapped. “Google Docs is to Microsoft Word what blockchain is to a traditional ledger system,” as the article put it.

The two pieces promised much – and delivered. In June, this publication ran a picture exclusive following a further research report, from industry advisory group Crowd Companies, on how blockchain will affect 10 industries, from energy to education, and from food to pharmaceuticals.

If 2017 was the year of blockchain, then AI was not too far behind it. You couldn’t move for executives talking about how AI and automation were going to supercharge their projects in 2017. Marc Benioff, CEO of Salesforce, took to the stage at IBM’s InterConnect in March to wax lyrical. “When you look at things like machine learning, machine intelligence, things like deep learning, there’s an acceleration going on,” he told attendees. “I can’t believe how fast artificial intelligence is evolving and changing.”

Google? Check. “Google continues to lead the shift to AI driven computing,” CEO Sundar Pichai told analysts in July. “It’s our focus on infusing our products and platforms with the power of machine learning and AI that’s driving our success.” Microsoft? But of course. Satya Nadella told analysts in July: “The core currency of any business going forward will be the ability to convert their data into AI that drives competitive advantage.” Not to mention the previously-noted Gluon project between Microsoft and AWS.

In August, McKinsey’s Global Institute Study found that the current rate of investment in AI is three times the external investment growth since 2013.

In January 2017, Rob Greenwood, technical director at cloud consultancy firm Steamhaus, wrote in this publication about how the rise of Kubernetes represents “the next generation of cloud” – albeit with caveats around culture and development.

Fast forward 12 months, and one key trend has emerged. The Cloud Native Computing Foundation (CNCF), a San Francisco-based outfit aimed at sustaining containers and microservices architectures, welcomed several high profile new members. Microsoft was the first to sign up in July, citing it as ‘another natural step’ on its open source journey, followed by AWS in August and Oracle in September.

“2018 will be the year that self-serve IT goes mainstream, as organisations look to become more agile by decentralising IT and empowering internal teams to drive more of their own innovation. One approach that will gain increasing popularity centres around IT creating an API marketplace, where the wider business can easily discover and reuse IT assets and capabilities.

“In the same way that Apple taught consumers ‘there’s an app for that’, IT teams will start to teach employees and partners that ‘there’s an API for that’. When the need arises for a new digital function, such as the ability to connect to a SaaS application, non-IT teams will learn to browse the API marketplace to see if that capability already exists rather than starting from scratch. For instance, analysts could find Tableau data sources for sales insights or developers could find customer data for use in mobile apps.

“As the marketplace organically grows, an application network will form, where digital building blocks can be plugged in and out as market conditions change.”

"Organisations tend to adopt security measures in a reactive fashion. With the cloud's rapid rise to prominence, many enterprises still fail to close cloud security gaps. Even among informed, cloud-first firms, it is inevitable that a new vulnerability will be exploited in 2018 that will trigger a frenzy to secure data-in-transit, regardless of how that data is being transmitted.

“Many cloud security solutions are built to control employee access and limit data exposure that is the result of unauthorised access or sharing. However, this focus ignores the way in which cloud apps are increasingly sharing data with one another, via APIs. For example, massive amounts of sensitive information can be automatically transferred between Salesforce and several connected applications.

“As the connection is unseen and largely divorced from direct human involvement, little thought is typically given to securing these data flows. In the near future, data transmitted via API may find itself on systems or stored in apps that are vulnerable. Even if an enterprise has secured one cloud app, other connected apps may be readily exploited.”

“GDPR is going to be a major topic in 2018. Many organisations have not yet scratched the surface on meeting these regulations and with May 25 just around the corner, there are likely to be some hefty high-profile fines next year. The challenge for organisations is going to be interpreting what the new regulations mean to them and understanding how they can guarantee compliance.

“I think we will see a number of EU companies looking to service providers who offer public cloud services within EU-owned and regulated data centres and moving away from the American-owned providers – it will be very difficult to adhere to GDPR regulations and store data within American-owned public clouds due to the US Patriot Act.”

“The majority of enterprises that will migrate to cloud at scale will employ a multi-cloud strategy. More specifically, they will split their production workloads across more than one public cloud.

"Enterprises don’t want to be locked in. If an enterprise can get significant cost reduction on infrastructure, this can mean millions of dollars in savings a year. Furthermore, different clouds offer different innovation and functionality. Enterprises would like to use best of breed for the different workloads to take advantage of what all clouds have to offer.

“Last, some industries (such as finance and healthcare, for example) are mandated to have an alternative cloud to run on. Others just want to make sure they can switch in case of security breaches, outages, or other issues that might affect a specific cloud.”

“Public cloud has matured significantly. Friction points have been addressed and there are now mature solutions available on the market. As a result, the migration of enterprise apps to public cloud will accelerate in 2018, as more CIOs and CISOs are ready to move their infrastructure to the cloud.

“As enterprises continue to adopt public cloud solutions, they’ll develop diversified cloud policies. Multi-cloud will be a key design requirement for CIOs and CISOs. Unified security standards will be paramount, as few enterprises will want separate security solutions across clouds.