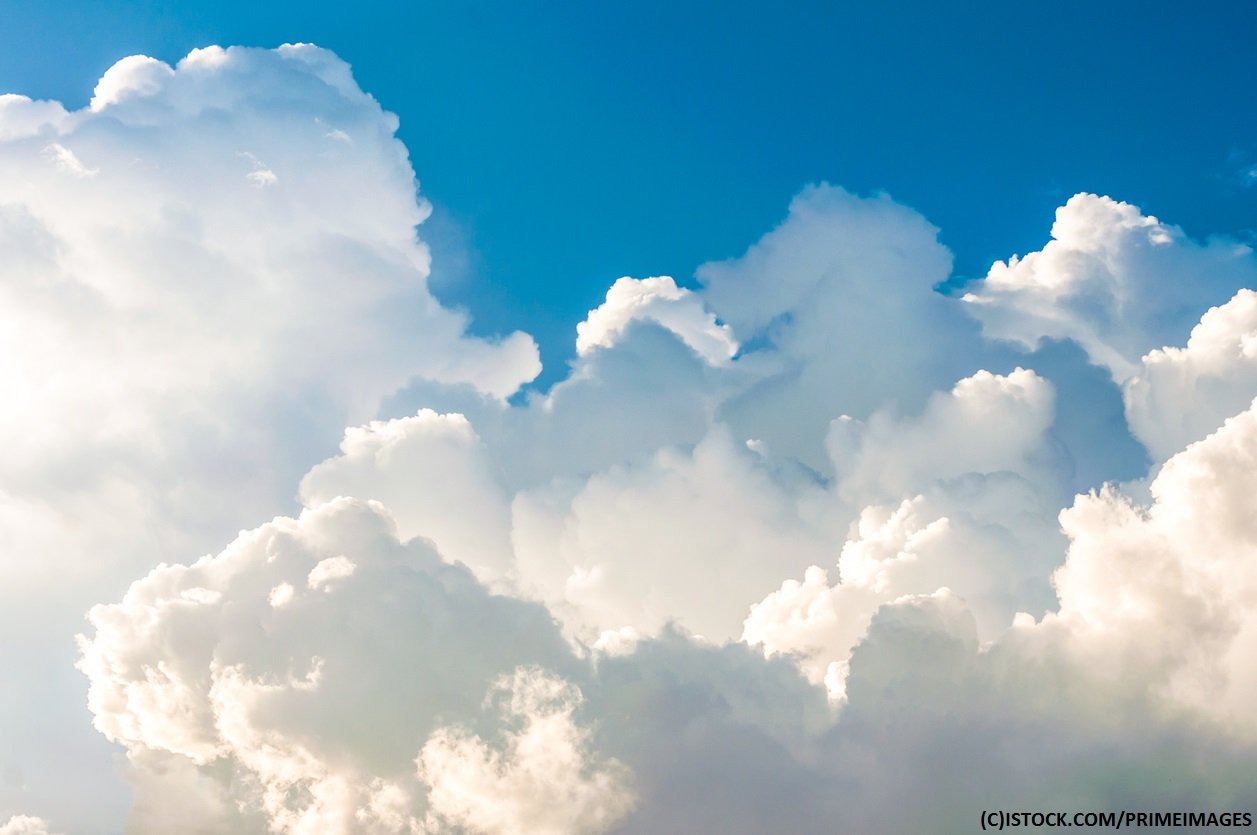 By James Bourne | 13th February 2018 | TechForge Media https://www.cloudcomputing-news.net/
Categories: AWS, Infrastructure, Microsoft, Research,
James has a passion for how technologies influence business and has several Mobile World Congress events under his belt. James has interviewed a variety of leading figures in his career, from former Mafia boss Michael Franzese, to Steve Wozniak, and Jean Michel Jarre. James can be found tweeting at @James_T_Bourne.

Enterprise cloud spend is on the up while Microsoft Azure gains ground on Amazon Web Services (AWS), according to the latest RightScale State of the Cloud report.

The study, which polled almost 1,000 respondents, found that Azure enterprise adoption was at 58%, gaining around on AWS with 68%. For organisations who have just begun their cloud journeys (below), Azure leads AWS, in 49% and 47% implementation respectively. 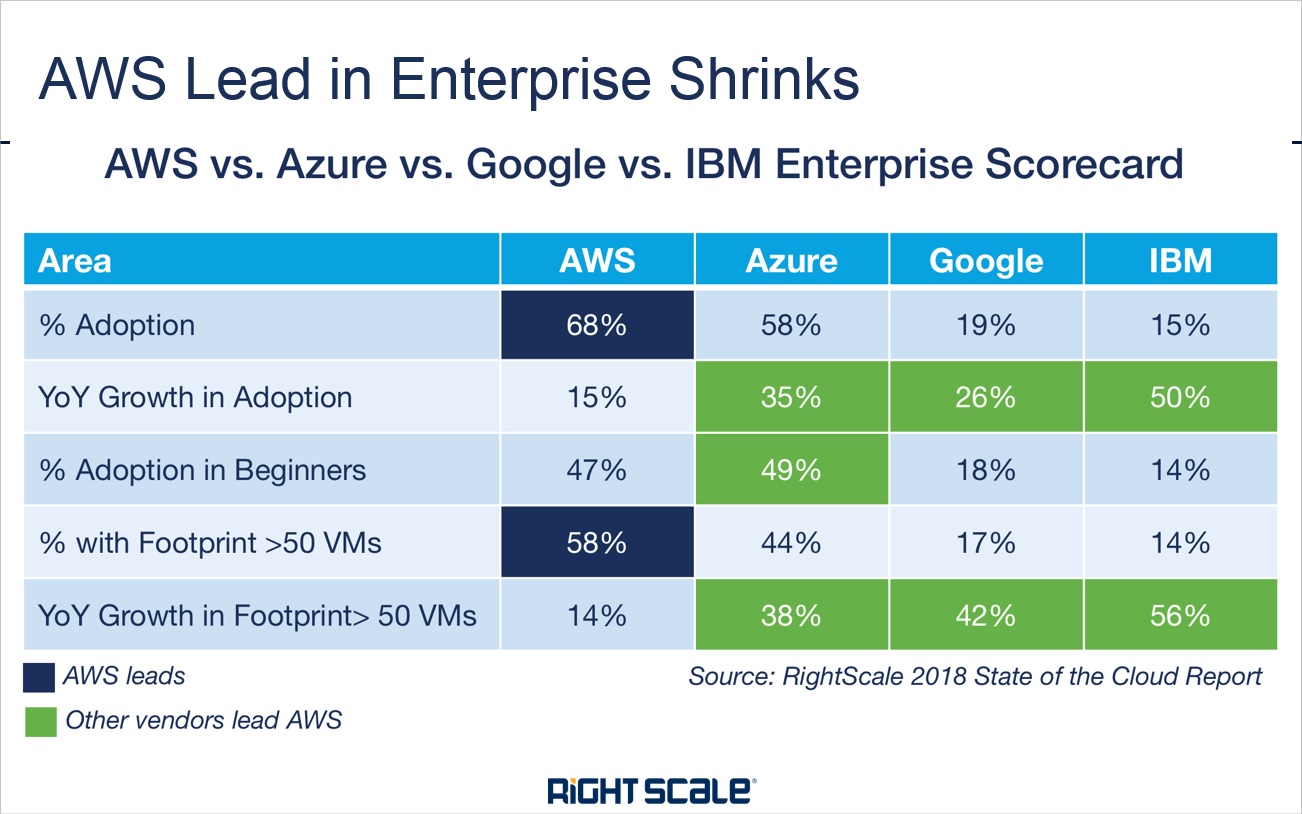 When it came to public cloud adoption, 64% of respondents say they now run apps on AWS compared to 57% the year before. Azure moves up to 45% from 34%, while every other company saw a positive uptake. Google went up three percentage points to 18%, IBM two to 10% and Oracle three to 6%, while VMware Cloud on AWS and Alibaba, asked for the first time this year, polled 8% and 2% respectively.

Serverless was cited as the top growing cloud service at a growth rate of 75%, with containers as a service usage growing by 36% year over year. Docker adoption increased to 49%, up from 35% the previous year, with Kubernetes almost doubling in adoption figures for the past 12 months.

For the second year running, the primary cloud initiative among respondents was optimising existing use – or in other words, cost savings – cited by 58%. Moving more workloads to the cloud (51%) and better financial reporting (44%) were also frequently chosen. Two thirds of respondents said they will increase their cloud spend by at least 20% in 2018. 18% said it would more than double, while the same number argued there would be no change or a decrease. 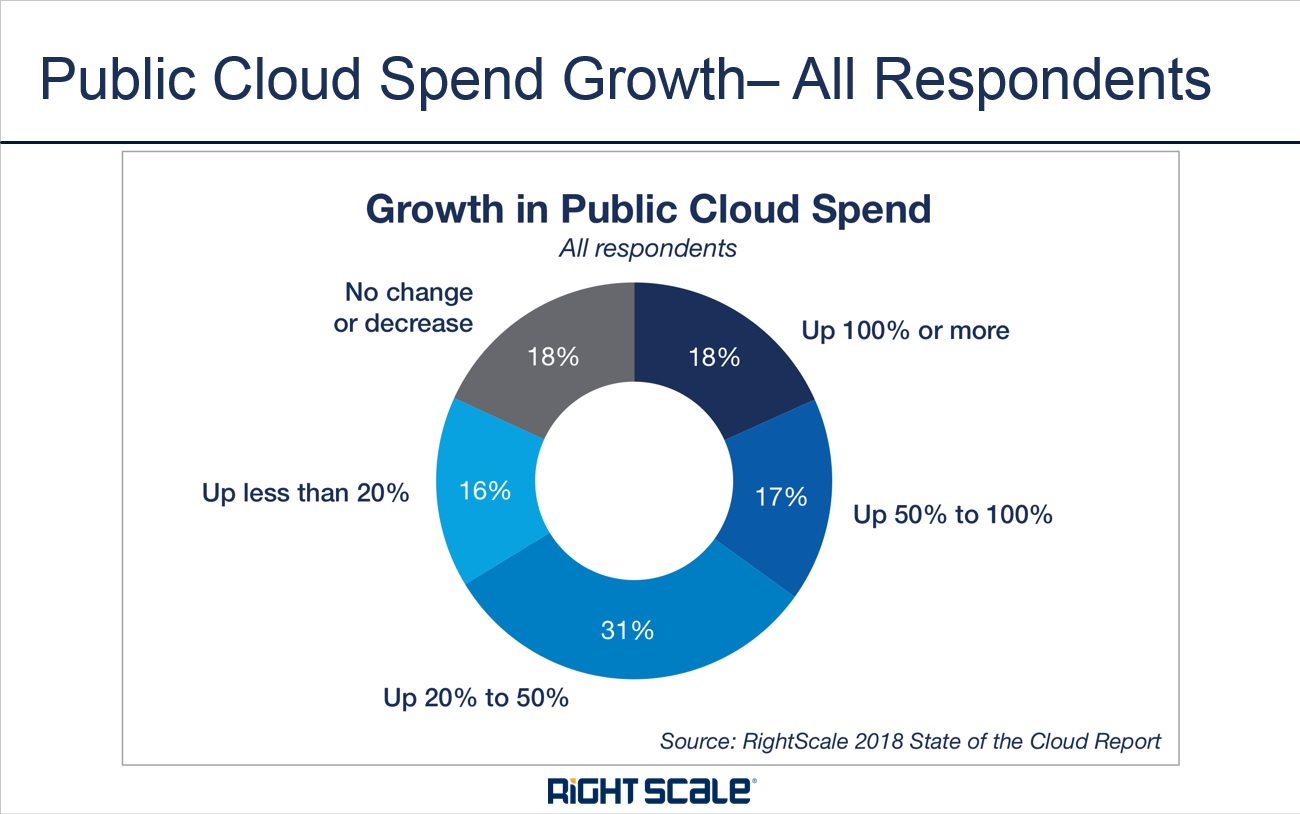 “The survey showed that enterprise cloud spending will grow rapidly over the next year, and yet 35% of cloud spend is wasted. As a result, optimising cloud costs is the top initiative for cloud users in 2018,” said Michael Crandell, RightScale CEO in a statement. “Multi-cloud continues to be the preferred strategy for enterprises, with companies reporting that they use nearly five different clouds on average.

“With this multi-cloud approach, Azure is now nipping at AWS’ heels and, in fact, is in a dead heat with AWS among enterprises that are just beginning their cloud adoption,” Crandell added.

The RightScale study is seen as a benchmark yearly analysis of the cloud industry. Last year’s offering found that while AWS usage had stayed the same year over year, Azure figures went up considerably.

You can see the full data set here.