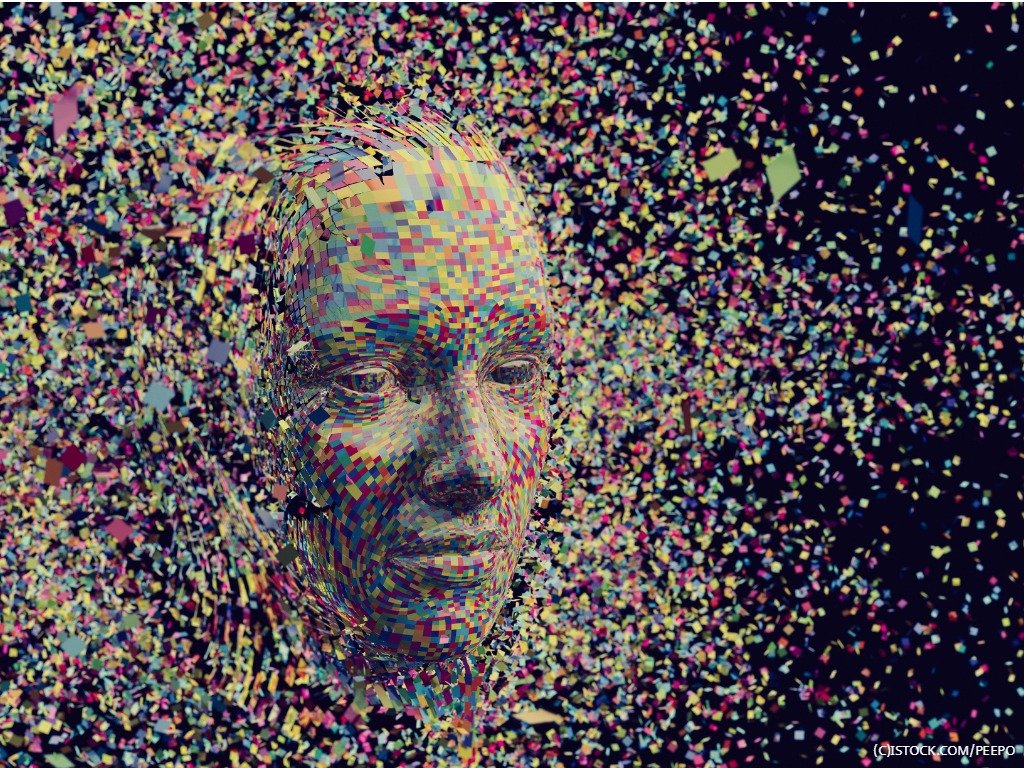 By James Bourne | 27th April 2018 | TechForge Media https://www.cloudcomputing-news.net/
Categories: AWS, Google Cloud, Microsoft,
James has a passion for how technologies influence business and has several Mobile World Congress events under his belt. James has interviewed a variety of leading figures in his career, from former Mafia boss Michael Franzese, to Steve Wozniak, and Jean Michel Jarre. James can be found tweeting at @James_T_Bourne.

Amazon and Microsoft have joined IBM and Google in reporting its quarterly numbers – and the good news just keeps on coming for the hyperscalers and the cloud market in general.

The canned quote attributed to CEO Jeff Bezos, unlike previous quarters, singled out AWS; Bezos saying it ‘had the unusual advantage of a seven-year head start before facing like-minded competition…and the team has never slowed down.’

Fielding a question from an analyst after announcing the results, Brian Olsavsky, Amazon chief financial officer, said AWS revenues, as well as enterprise migrations, were accelerating. “What is driving the growth, we believe… [is] the value that we create for AWS customers,” Olsavsky said. “We have the functionality and pace of innovation that others don’t. We have partner and ecosystem that others don’t, and we have proven operational capability and security expertise that’s highly valued to the AWS customer base.”

Microsoft, which is not quite as explicit as Amazon in its cloud reporting, posted total revenue figures of $26.8 billion. Of its main revenue buckets, Microsoft’s intelligent cloud segment – believed to be related to Azure and server products – increased 17% to $7.9bn (£5.7bn), while productivity and business processes, which focuses more on Office 365, was at $9bn, again with a 17% increase.

While specific revenue figures for Azure were not mentioned, the company said Azure had grown 93% in revenue year over year.

Speaking to analysts after the figures were posted, Microsoft CEO Satya Nadella cited cloud security as an area where the company was a ‘clear leader’, as well as discussing the importance of artificial intelligence (AI) within infrastructure.

“Our architectural advantage of a consistent stack from the cloud to the edge is resonating with customers, with Azure revenue growth of 93% this quarter,” said Nadella. “Recent CIO surveys affirm our leadership position in hybrid, developer productivity, trusted security and compliance and new workloads such as IoT and AI at the edge.”

As this publication reported earlier this week, Google CEO Sundar Pichai said the company’s cloud arm was ‘growing well’ and that larger, more strategic deals were being struck. Again, specific figures are not disclosed, but for Q1 Google’s ‘other’ revenues bucket – of which Google Cloud is a part – hit $4.35bn, a 35% increase on the previous year. For the second consecutive quarter, IBM’s revenues went up – albeit only in constant currency – to $19.1bn of global sales, with cloud revenues rising 20% year over year.

Good results all round, therefore; but what is driving the change? It’s all about AI, machine learning and – to a lesser extent – blockchain, fuelling the new ‘cloud wars’ and becoming the next generation of cloud-enabled services.

AWS says ‘tens of thousands’ of customers are using its machine learning services with active users going up by more than 250% over the past year. Those who attended re:Invent in November would have been made more than aware of AWS’ push in the area, including SageMaker, a modular service which aims to help developers build, train, and deploy machine learning models. Dow Jones, NFL, and Expedia – the latter announcing at re:Invent they were all-in on AWS – are all confirmed machine learning customers. 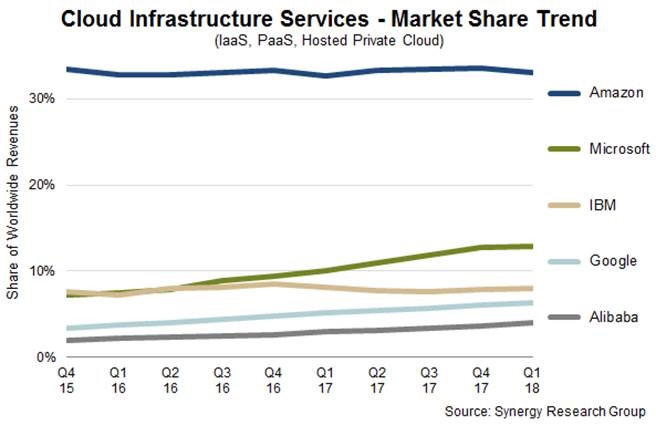 The keynote theme of Google’s report was around how AI was ‘unlocking new opportunities for everyone’. Pichai cited Google Photos, Lens and the Google Assistant as products which were getting better all the time, but again the importance of getting developers onside, this time with TensorFlow, was cited. TensorFlow Hub, Pichai explained, was launched to “make it easier for developers to share and reuse models so that we can work together to tackle even more problems and get to better ideas faster.”

From Microsoft’s side, the company says more than one million developers are already on board with Cognitive Services, the company’s set of APIs and SDKs to make applications more intelligent. IBM, for its part, has introduced several offerings to ‘accelerate client journeys to AI’, as SVP and CFO Jim Kavanaugh put it, including a more conversational, enhanced Watson Assistant.

In terms of where the runners and riders are, AWS continues to trounce the rest of the field, according to analyst firm Synergy Research. The company notes (above) that even though the market has almost tripled in size over the past few years, AWS’ grip on one third of the total cloud infrastructure services market remains. Microsoft’s growth, eating into AWS’ dominance, has slipped somewhat, with the Redmond giant taking 13% of share, with IBM, Google, and Alibaba Cloud making up the top five.

“Cloud growth in the last two quarters really has been quite exceptional,” said John Dinsdale, a chief analyst and research director at Synergy. “Normal market development cycles and the law of large numbers should result in growth rates that slowly diminish – and that is what we saw in late 2016 and through most of 2017. But the growth rate jumped by three percentage points in Q4 and by another five in Q1.

“That is good news for the leading cloud providers, whose historically high levels of capex are helping to ensure that they are the main beneficiaries of that exceptional market growth,” Dinsdale added.