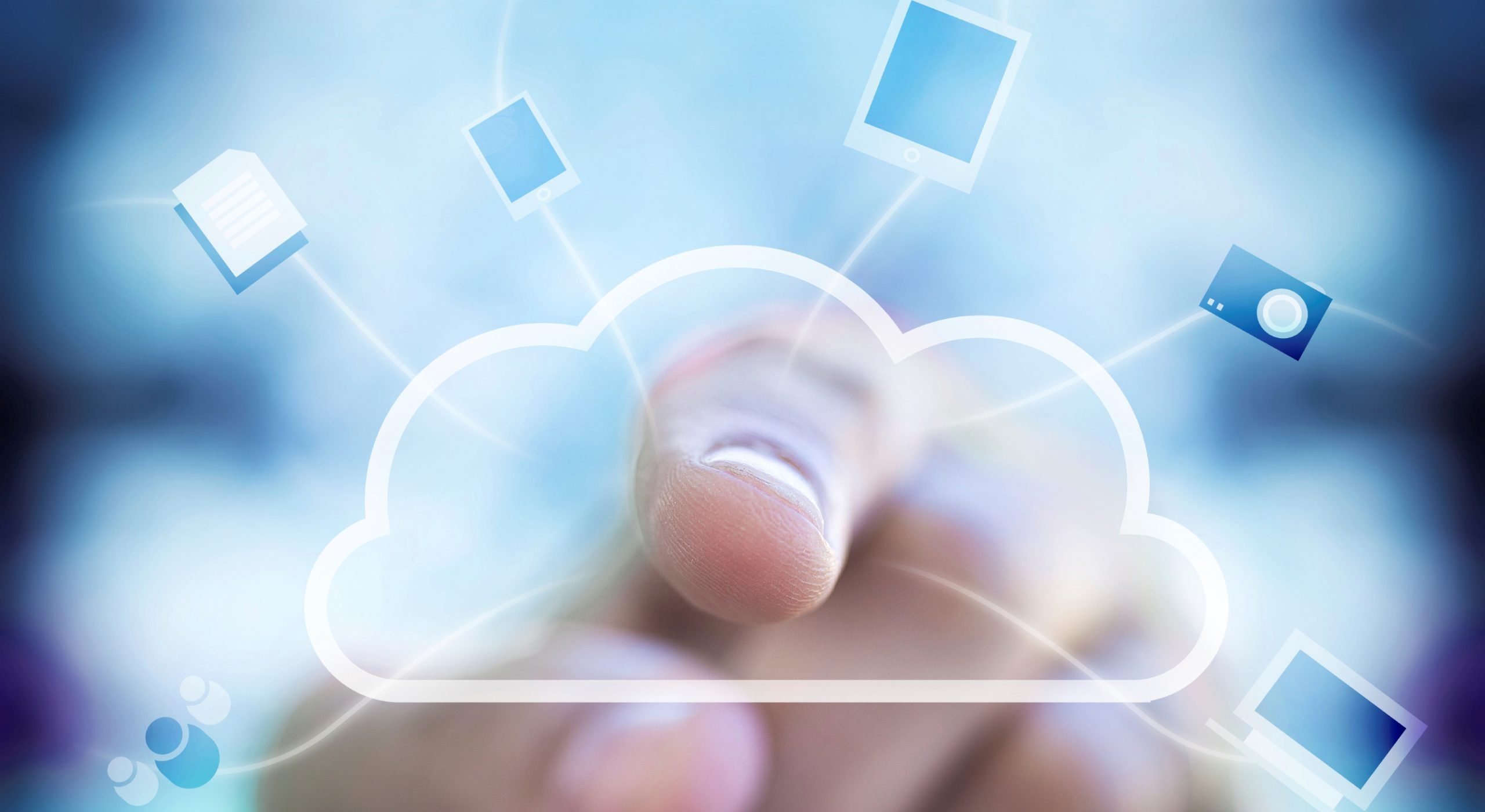 By Antonio Manzalini | 29th October 2014 | Telecom Italia http://sdn.ieee.org/
Categories: Cloud Computing Virtualisation News. Read the latest on cloud computing and virtualisation news here at Cloud Tech News.">Virtualisation,
Antonio Manzalini received the M. Sc. Degree in Electronic Engineering from the Politecnico of Turin and is currently senior manager at the Innovation Dept. (Future Centre) of Telecom Italia. His current development interests are in the area of Software Defined Networks (SDN) and Network Functions Virtualization (NFV), as it relates to the evolution to 5G. Manzalini is also chair of the IEEE SDN Initiative, which is now seeking authors to present at the IEEE International Conference on Network Softwarization (NetSoft 2015), its flagship event, 13-17 April 2015, at the Cruciform Building at University College London.

Ultra-broadband network proliferation, advances in information technology and the evolution of endpoint devices have created the conditions for re-inventing telecommunications networks and services architectures.

Software defined networking (SDN) and network function virtualization (NFV) are just two facets of the so-called “IT-zation or softwarization” of telecom infrastructures. SDN decouples the software, control plane, from the forwarding hardware of nodes such as routers and switches and executes the control software in the cloud or in any standard or hybrid processing resources made available, such as blades or servers. SDN doesn’t just affect the evolution of Layer 2 and Layer 3 services such as switching and networking, but also impacts Layer 4 to Layer 7 network functions.

In reality, there are a lot of middle-boxes deployed in current networks, including Wide Area Network (WAN) optimizers, Network Address Translation (NAT), performance-enhancing-proxies, intrusion detection and prevention systems such as firewalls. Virtualizing these middle-boxes network functions allow for considerable cost savings, and this is where NFV plays a role: virtualized network functions can be dynamically deployed and moved to various locations of an infrastructure where processing power is available, not only distributed into the network but even into the cloud.

However, SDN and NFV are not dependent on each other, but they are certainly mutually beneficial. For an example, it will be possible in the medium-term to develop network functions and services, spanning L2-L7, as applications and execute them on virtual resources (e.g. virtual machines) hosted either in centralized cloud computing data centers, or in distributed clusters of mini-data centers.

SDN and NFV are not new principles, as they were already proposed and demonstrated in the past as far back as the ‘90s, but now there are the conditions for a breakthrough: in fact, the telecom industry is considering them potentially impactful due to the emergence of ultra-broadband, low-latency connections and high performance processing power. Technology today appears to be ready for a sustainable deployment of SDN and NFV.

This is a potentially big transformation of the telecom infrastructure.

In the long term, the distinction between the network and the cloud is likely to disappear, as more and more functions will be performed either in the network or in the cloud depending on the performance requirements and costs optimizations. The control and orchestration capabilities will be the key factor for success in taming the complexity of an infrastructure executing millions of software transactions or service chains. The most important requirement will be ensuring ultra-low application latency.

Looking at the evolution of telecom from this perspective, the so-called role of a “software-defined operator” is gaining more traction. A software-defined operator could be described as an operator owning basically software networks and services platforms, whose L2-L7 functions are decoupled from the hardware and executed and operated either in distributed computing capabilities or in the cloud. This will be possible in less than five years, but the full adoption of this innovation will depend on a number of factors, including business models, sustainability and a proper regulation.

In general, software-defined operators will see dramatic costs reductions, including 40-50% savings in energy, CAPEX reductions, improved efficiency in the overall operations (as much as 35% OPEX savings just by automating processes), and reduced time-to-market when deploying services. Other strategic scenarios are even possible. These operators could possibly “upload and execute” their networks and services platforms anywhere in the world if there are infrastructure providers willing to rent hardware resources such as processing, storage and transmission. This might represent a disruptive evolution of the business towards OPEX-centric models, which are typical of the cloud.

It should be mentioned that IT advances in computing and storage hardware have an investment profile in terms of CAPEX and OPEX, which are quite different from those of the traditional networks. In fact, telecom network investments span across longer periods, anywhere from five to ten years and require maintenance operations efforts that are geographically distributed and increase operational costs. On the other hand, software implies large upfront costs for development and testing and requires a longer initial phase to guarantee carrier grade applications.

Even still, these trends are making network and cloud computing innovation accessible to all enterprises in almost any part of the world on an equal basis. This evolution will reduce the thresholds for new players to enter the telecom and information communication technology (ICT) markets: competition is being moved to the realm of software, and lower CAPEX and / or OPEX will be required to start providing ICT services.

In general, we can argue that these trends are accelerating the transition towards the Digital Society and the Digital Economy, where the network infrastructures, more and more pervasive and embedding processing and storage capabilities, will become the “nervous system” of our society. This will enable new service scenarios.

In the book The Second Machine Age, the authors Brynjolfsson and McAfee argue the exponential growth in the computing power of machines, the amount of digital information and the number of relatively cheap interconnected devices will bring soon the “machines” to do things that we, humans, are usually doing today. This is again another facet of the same IT-zation trend: the creation of a new and pervasive “machine intelligence”, supported by an highly flexible network, capable of fundamentally changing the economy.

In fact, even today data and information are instantaneously reaching almost every corner of the world through ultra-broadband, low-latency networks, where a huge amount of computing via the cloud is available to transform it into knowledge. But this is the definition of “intelligence”: the capability of processing and exchanging information to understand what’s happening in the environment, to adapt to changes and to learn.Availability of huge amount of cloud processing and storage, interconnected by flexible and fast networks will be create a pervasive “machine intelligence” able to morph the space-time physical dimensions of life, as the physical direct presence of humans will be less and less required to perform certain jobs or tasks.

When these intelligent machines will “flood the society landscape”, there will be a number of socio-economic impacts: reduction of human efforts in jobs subjected to computerization, robotization; increase of local production; reduction of long distance transportation; optimization of socio-economic processes; and industries will not need relocating where human labor cost are lower.

Eventually, because of this evolution, several economists, as well as technologists, have started to wonder if the usual representation of relationships among a myriad of players in the telecom and cloud domains can still be modeled on the bases of value chains.  There is a growing consensus that value chains modeling shall have to be complemented by a broader view, considering the business ecosystems of the true Digital Economy.

Antonio Manzalini received the M. Sc. Degree in Electronic Engineering from the Politecnico of Turin and is currently senior manager at the Innovation Dept. (Future Centre) of Telecom Italia. His current development interests are in the area of Software Defined Networks (SDN) and Network Functions Virtualization (NFV), as it relates to the evolution to 5G. Manzalini is also chair of the IEEE SDN Initiative, which is now seeking authors to present at the IEEE International Conference on Network Softwarization (NetSoft 2015), its flagship event, 13-17 April 2015, at the Cruciform Building at University College London.