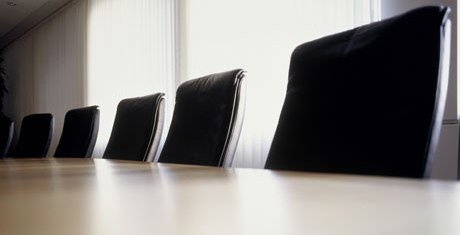 By James Bourne | 12th February 2014 | TechForge Media http://www.cloudcomputing-news.net/
Categories: Hybrid Cloud,
James has a passion for how technologies influence business and several Mobile World Congress events under his belt. James has interviewed a variety of leading figures in his career, from former Mafia boss Michael Franzese, to Steve Wozniak, and Jean Michel Jarre. James can be found tweeting at @James_T_Bourne.

Rackspace CEO Lanham Napier is to retire after eight years heading up the open cloud provider, with co-founder Graham Weston stepping back into the breach on an interim basis.

Weston, who was chief exec from 1999 to 2006, said in a blog post that “what we build from here, we will build on the shoulders of a giant.”

In a conference call with analysts, Napier noted that “now is as good a time as any” for him to step aside, citing confidence with development of OpenStack and progress of hybrid cloud as the key reasons.

“While there’s still work to do, I’m pleased with the progress we’ve made, the increased capability of our hybrid cloud offering in the way that it qualifies just to compete for much larger opportunities,” Napier said in prepared remarks as reported by Seeking Alpha.

“The transition has been challenging and has taken longer than we anticipated, but our ambitions for this game-changing transition are massive,” he added.

Napier described OpenStack as “the largest transition in our history” and added that “most of the heavy lifting has been accomplished.”

“With the board and management team aligned around our strategy and financial plan heading into 2014, I believe now is the natural transition point and the right time for our leaders to advance the mission of making Rackspace a much larger and more powerful company,” he added.

Following the announcement, the initial ripples that were sent through the cloud community have been replaced with thoughts of what this will mean for the open cloud provider going forward.

One cast-iron fact was that shares in the company went down by 13% in extended trading following the news, according to Reuters.

According to Canaccord Genuity analyst Greg Miller: “Given the increasing level of competition in the cloud market, we believe the change in top management team will likely undermine investor confidence in its ability to achieve its 2014 objectives.”

Yet the move to pull Weston in should only be a short term one; the company is actively searching for a long term successor for Napier.

The company’s fourth quarter results were solid. Total revenue was $408m, which represented a growth of 5% from Q313 and a 16% spike compared to this time last year.

However margins were lower in 2013 compared to 2012, which chief financial officer Karl Pichler attributed to expansion of its data centres, as well as investments in different companies and geographies.

November was an especially busy month for the company, with Rackspace rolling out a revamp of its public cloud with Performance Cloud Servers, as well as putting forward £250,000 in funding to help give UK-based startups a foot up in the cloud.

Nigel Beighton, VP international technology and product, explained to CloudTech back in November that the future ‘cloud 2.0’ will position itself less around sharing servers. With 103,886 servers deployed globally by the end of Q413, this is a vision the company is serious about.

Another takeaway from this week’s boardroom shuffle relates to Rackspace’s hybrid strategy. The company released research in August revealing three in five IT directors saw the hybrid cloud as key for the enterprise.

Whether Rackspace can overcome the competition and avoid the rather harsh term of “perennial cloud bridesmaid” by Ben Kepes remains to be seen. But the open cloud provider is giving the impression of business as usual with Weston’s accession – and for now, with shareholders scrutinising every mis-step, that’s the best impression to give.