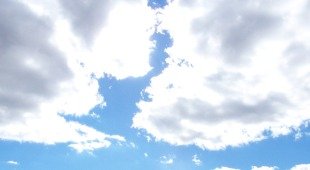 By James Bourne | 22nd October 2013 | TechForge Media http://www.cloudcomputing-news.net/
Categories: Infrastructure,
James is editor in chief of TechForge Media, with a passion for how technologies influence business and several Mobile World Congress events under his belt. James has interviewed a variety of leading figures in his career, from former Mafia boss Michael Franzese, to Steve Wozniak, and Jean Michel Jarre. James can be found tweeting at @James_T_Bourne.

Infrastructure as a service (IaaS) provider SoftLayer has been making all the right noises since its acquisition by IBM back in July.

Earlier this month CloudTech reported on the health of the IBM-SoftLayer relationship, with many IBM divisions reputed to be actively collaborating with the SoftLayer team to migrate existing apps and develop new ones.

“It’s been really good,” Wisler tells CloudTech. “In the short term, it’s opened up a lot of opportunities with customers, and the customers are asking for cloud, which is a great place to be.

“And then also IBM is deploying some of their software as a solution on their stack, which is another validation of their belief in the platform,” he adds.

It’s a straightforward enough value proposition; SoftLayer, as a “purely IaaS play”, in the words of Wisler, will benefit from IBM’s SaaS and PaaS offerings.

Yet Wisler maintains that the move was strategic rather than beneficial in any short term sense.

“We were growing at a good clip,” he notes. “We were one of the largest private hosting providers, 100,000 servers under management, and the plan was to continue to expand globally and expand in the markets we already play in, so that’s always been our goal.

“The CEO [Lance Crosby] said he wanted to be the ‘de facto platform for the Internet’. That’s still our goal, but with IBM’s resources and relationships we can now accelerate that, and we can also start to enable some of the larger enterprises to take the benefits of cloud as well,” Wisler adds.

Of course, when one mentions IBM and cloud, thoughts turn to the ongoing battle with Amazon Web Services (AWS) to snaffle a $600m CIA federal cloud contract. The war appears to have been won by Bezos and co, as CloudTech reported earlier this month, although IBM did confirm their intention to appeal the decision.

With SoftLayer now ‘an IBM company’, and with a proven track record in infrastructure – SoftLayer positioned 7th in Talkin’ Cloud’s list of top cloud service providers back in August – there could have been a possibility that IBM would use the new acquisition to bolster its bid.

Wisler would not get involved on the specifics, but noted his belief that SoftLayer’s portfolio of public and private cloud in a few flavours, as well as bare metal and dedicated, results in “a more complete environment” than Amazon.

“Regardless of who the customer is, we can offer a more complete offering,” he adds.

What’s your opinion? Will SoftLayer and IBM’s partnership be fruitful in the long run? Let us know in the comments…