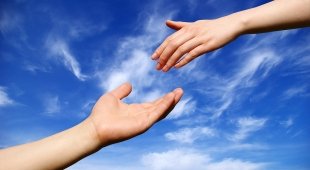 By James Bourne | 18th November 2013 | TechForge Media http://www.cloudcomputing-news.net/
Categories: Hybrid Cloud, Public Cloud,
James is editor in chief of TechForge Media, with a passion for how technologies influence business and several Mobile World Congress events under his belt. James has interviewed a variety of leading figures in his career, from former Mafia boss Michael Franzese, to Steve Wozniak, and Jean Michel Jarre. James can be found tweeting at @James_T_Bourne.

Open cloud hosting provider Rackspace has announced it has given cloud support to the tune of almost £250,000 in order to aid UK-based startups get a foothold in the cloud.

The scheme falls under the Rackspace Startups Programme, which has been operating in the UK for six months and has already signed up more than 300 members.

The money comes from Rackspace alongside 50 partners and investors, with the CSP adding that startups who sign up with the scheme get “mentoring, expert technical advice and access to networking events”, alongside the money.

According to Jeff Cotten, managing director of Rackspace International, the UK is simply the first stop for the startup roadshow as the company expands its scheme into 2014.

“It’s been incredibly satisfying to watch the UK Startup Programme ramp up as more and more entrepreneurs take advantage of the cloud computing resources and other benefits on offer,” Cotten said.

“We were a startup once, and know how important support like this is to new companies seeking to innovate and disrupt markets as rapidly and inexpensively as possible,” he added.

It’s been a busy month for Rackspace, with the open cloud provider announcing Performance Cloud Servers, an architectural redesign of its public cloud earlier in November with four times the total RAM, double CPU performance and 132 times the I/O of its competitors.

Nigel Beighton, international VP technology and product, told CloudTech that instead of the temptation not to look beyond the figures, the move was “responding to the changing nature of applications on cloud”.

Beighton explained how, with greater performance and maturity, many companies want to take the whole server – a total paradigm shift from the early path cloud computing went down.

Indeed, Rackspace announced in Q313 figures released last week that their server number was at 101,967, an increase of over 3,000 in the quarter.

For the future of cloud, however, these two updates look extremely promising. It’s also a lucrative market – the number of UK SMEs rose from 3.5m to 4.5m between 2000 and 2011 – with research from comScore back in June claiming that 97% of small businesses saw a positive impact on company security thanks to cloud adoption.