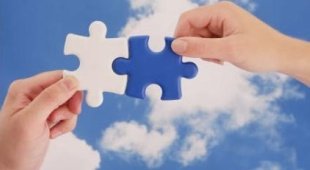 By James Bourne | 6th November 2013 | TechForge Media http://www.cloudcomputing-news.net/
Categories: Infrastructure as a Service, Public Cloud,
James is editor in chief of TechForge Media, with a passion for how technologies influence business and several Mobile World Congress events under his belt. James has interviewed a variety of leading figures in his career, from former Mafia boss Michael Franzese, to Steve Wozniak, and Jean Michel Jarre. James can be found tweeting at @James_T_Bourne.

Open cloud provider Rackspace has rolled out a complete revamp of its public cloud with Performance Cloud Servers – and according to Nigel Beighton, international VP technology and product, it represents a serious shift in how companies use their servers.

The architectural redesign of the Rackspace Performance Cloud Server comes with four times the total RAM, double the CPU performance and 132 times the I/O of its competitors, according to benchmark tests.

But Beighton argues that simply drooling over the figures is the short-sighted approach.

“The more interesting sub-context here is that this is responding to the changing nature of applications on cloud,” Beighton told CloudTech.

“When I look back over six months worth of data, we’ve had an increase of 200% over that six months of people taking what we call ‘fat slices’, which fundamentally takes the whole machine.

“What you are seeing here is a shift, a maturing in applications that are going on the cloud. Now [servers] can have four times the amount of memory, it’s a significant increase for people who want it,” he added.

With Rackspace providing this offering to ease customer demand, Beighton argues it’s a paradigm shift from the early days of cloud – and if we’re not at cloud 2.0 quite yet, we’re definitely at cloud 1.5.

The concept of ‘cloud 2.0’ has been in the press since as far back as July last year – but this was in response to the amount of cloud providers going public. This represents a maturation of architecture.

Plenty of sources have explained how cloud computing is growing up – the favourite analogy is of 2013 being the year cloud hits that awkward teenage phase – but this looks to be hard evidence of the change.

With infrastructure as a service (IaaS), the logic in the beginning was to not use larger servers because, with a shared environment, you’d get more customers on the bigger servers and the ‘noisy neighbour’ effect – two customers hogging the bandwidth – would be the big fear.

Now, with greater performance, companies are increasingly taking the whole server and machine for themselves. And Beighton argues that the concept of ‘cloud’s always shared’ doesn’t ring true going forward.

“If I look at what OpenStack is doing, for example to position bare metal, what I think you see very much as the cloud going forward is it isn’t necessarily so that you’re sharing a server with somebody else,” Beighton said.

“That’s certainly an option, but I think people will quite happily in the future take IaaS and completely take all of the server, with no virtualised things in it whatsoever.

“So you start to see a big shift in IaaS, which is making available bare metal dedicated servers, available through an API, on a utility bill basis,” he added.

The new server is available to customers in Northern Virginia right now, with Dallas, Chicago and London being switched on later this month and Sydney and Hong Kong following in the first half of 2014.

Do you agree that, like BYOD, we’re moving more towards a ‘cloud 2.0’ model?