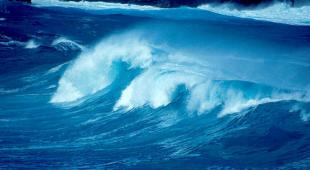 By James Bourne | 9th May 2013 | TechForge Media https://www.cloudcomputing-news.net/
Categories: Hybrid Cloud, Private Cloud, Public Cloud, Research, Security,
James has a passion for how technologies influence business and has several Mobile World Congress events under his belt. James has interviewed a variety of leading figures in his career, from former Mafia boss Michael Franzese, to Steve Wozniak, and Jean Michel Jarre. James can be found tweeting at @James_T_Bourne.

Another day, another cloud survey, and for 69% of the near 250 IT professionals quizzed by business process automation firm PMG, the hybrid cloud is the “wave of the future within their organisations”.

The combination of public and private cloud is really starting to gain traction in 2013. But why?

The most important reason for adopting hybrid clouds, according to 38% of respondents, was that cloud apps were deployed faster. Delivering better value (21%), and being able to meet requirements more easily (10%) were the next most popular suggestions.

Elsewhere, the survey touched on more general cloud trends. Only 18% of respondents said they weren’t going to procure more cloud services in the next 18-24 months, whilst more than three in five (64%) agreed that BYOD equalled corporate cloud usage.

A good cloud survey is rarely without a question on cloudy security threats, and this report is no different – in this instance, data security (79%) was clearly seen as the biggest storm cloud threatening IT.

Compliance (57%), network security (55%), loss of control (51%) and unmanaged applications (48%) comprised the top five. In something of a pleasing development, cost worries finished a miserable third last, with 31% citing it.

Worryingly however, over half (52%) of those surveyed said that the ‘growing epidemic of cloud sprawl’ had a negative effect, whilst a further 34% sat on the fence. Naysayers pointed to the potential negative impact on IT operations and budget.

The key takeaway from the research, however, hit upon hybrid clouds. Last month a survey of over 800 US-based IT decision makers from Virtustream, alongside Neovise, noted that 86% of enterprises use hybrid clouds, compared to 59% of SMEs.

The Virtustream research detailed a series of scenarios to improve hybrid cloud performance, including the ability to easily move an entire app from one cloud to another, as well as being able to access data easily between different clouds.

But what do you think? Are all companies going to be utilising a hybrid cloud solution before long?