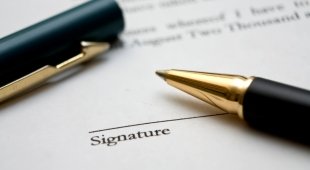 By James Bourne | 17th June 2013 | TechForge Media http://www.cloudcomputing-news.net/
Categories: Private Cloud,
James is editor in chief of TechForge Media, with a passion for how technologies influence business and several Mobile World Congress events under his belt. James has interviewed a variety of leading figures in his career, from former Mafia boss Michael Franzese, to Steve Wozniak, and Jean Michel Jarre. James can be found tweeting at @James_T_Bourne.

The Government Accountability Office (GAO) has released a report examining why the CIA chose Amazon ahead of IBM for its recent $600m private cloud contract, and whether IBM has a case to answer with its protests against the decision.

This comes despite Amazon’s proposal being over $50m a year more expensive – the bean counters found that Amazon would cost $148m annually, as opposed to IBM’s $94m.

In terms of technical specs, the two vendors were put side by side, with Amazon coming out on top. The CIA found that Amazon’s SLA, technical approach and past performance was superior, with only IBM’s management approach beating Amazon.

Given that IBM is traditionally the company of choice for key governmental technology, this has come as something of a culture shock to the Armonk firm.

The GAO agreed with IBM in terms of complaints relating to the evaluation of its technical and pricing model – in particular uncertainty on exact testing rubrics such as the number of 100 TB data runs – but rejected claims over the evaluation of Amazon’s past performance indicator.

The report asserts IBM’s argument that “the agency failed to take into account news reports about five service outages experienced by some of Amazon’s public cloud clients between April and December 2012”, but dismissed it.

The argument from GAO states that, in one of Amazon’s past performance references, the outages were mentioned. “We see no basis to find that the agency improperly evaluated Amazon’s proposal under the past performance factor,” the report concludes.

So what was the overall diagnosis from the GAO?

To rub salt further into the wound, the GAO also recommends that IBM be reimbursed for its cost for the protests.

GAO reports are not legally binding; however they do carry significant weight. Expect this to not be the last from this story; yet it’s worth noting, as analysts have pointed out, how the CIA’s original decision to choose Amazon could be a sea-change for the IT industry.

The full 17-page document can be found here. Who do you think is right in this argument?