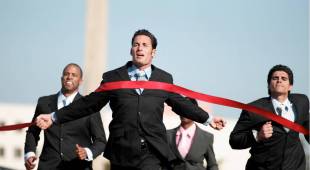 By James Bourne | 8th July 2013 | TechForge Media http://www.cloudcomputing-news.net/
Categories: Private Cloud, Public Cloud,
James is editor in chief of TechForge Media, with a passion for how technologies influence business and several Mobile World Congress events under his belt. James has interviewed a variety of leading figures in his career, from former Mafia boss Michael Franzese, to Steve Wozniak, and Jean Michel Jarre. James can be found tweeting at @James_T_Bourne.

It’s a fairly well known truth that EMEA (Europe, Middle East, Africa) isn’t as up to speed as North America in utilising cloud technologies. It is being addressed, if the EU’s cloud strategy launched last September is anything to go by – yet the gap is still there. So what can be done?

Duncan Greenwood, sales director at CA Technologies, believes that EMEA CIOs, in these belt-tightening times, have pressures built on them borne out of survival rather than growth; and as a result, cloud is the only way to go.

“They’ve got this innovation agenda that the business is demanding – faster, cheaper, we want it more, we want it now,” Greenwood explains in a call to CloudTech. “That’s the difference in mentality between the US and Europe.

“The lack of investment innovation in technology is absolutely driving them to the cloud, and that’s why the application space is taking off quicker because it’s delivering something back to the business that they can see is tangible. That’s why we’re seeing that as being their quickest wins.

“There’s a way for EMEA to catch up to the US or North America at the moment…that’s definitely what we’re seeing,” Greenwood continues.

CA Technologies’ recent report, which this website pored over back in May, had one underlying theme: cloud grows up. The report itself was called ‘Cloud Succeeds. Now What?’, and whilst not being the first, will certainly not be the last to make this claim.

Sven Denecken, VP cloud systems at SAP, said last week that in two years time he’d expect to change his job title back to ‘business’, such is the pervasive nature of cloud computing.

Greenwood prefers to use a family analogy. “If you look at where the cloud’s been, it’s almost been childlike over the last six, seven years,” Greenwood says. “What we’re starting to do is get into those teenage years where it’s a little bit temperamental and troublesome, but it can start to see what its future looks like.

Similarly, the hybrid cloud is definitely something which has garnered more attention in recent months from CA Technologies’ perspective.

“From a customer perspective, if you can be confident about the security of the data, and you can satisfy the regulator on the privacy issue, to the point where the risk is negligible, then hybrid starts to become a genuine option,” Greenwood says.

“We’re definitely seeing a greater interest in that too,” he adds, noting the example of ‘tier 2’ financial institutions: without the artillery to forge a private cloud, and because the public cloud would be too much of a risk, hybrid seems to make the most sense – if done right.

“They can satisfy what they need from both a customer comfort point of view, from a regulator point of view and then from an investor or shareholder perspective,” Greenwood explains.

“That’s what we’re seeing with our MSP partners, they’re starting to come to us and talk about hybrid offerings. We’ve seen quite a lot of pipeline generated from that over the last 12 months, whereas previously it was a no-go area.

“We absolutely believe a hybrid option is viable, but probably for certain segments of those industries that have not embarked on it previously.”