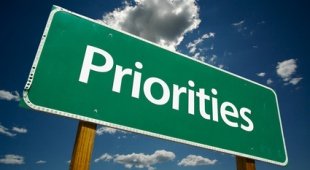 By James Bourne | 17th January 2013 | TechForge Media http://www.cloudcomputing-news.net/
Categories: Infrastructure as a Service, Platform as a Service,
James is editor in chief of TechForge Media, with a passion for how technologies influence business and several Mobile World Congress events under his belt. James has interviewed a variety of leading figures in his career, from former Mafia boss Michael Franzese, to Steve Wozniak, and Jean Michel Jarre. James can be found tweeting at @James_T_Bourne.

The importance of cloud computing in the overall tech sphere has again been emphasised in a Gartner report surveying over 2,000 CIOs on their technology priorities for 2013.

Yet the two priorities ahead of cloud computing in the pecking order, analytics and BI (business intelligence) and mobile technologies, make for interesting reading as of course the areas are all inextricably linked.

Back in 2011, Louis Columbus wrote of how analytics and BI was accelerating cloud adoption, citing the Forrester report ‘Understanding the Business Intelligence Growth Opportunity’ as evidence. Similarly, Forrester’s 2013 cloud predictions last month forecast a convergence of cloud and mobile, citing the fact that almost every SaaS application has a mobile client.

Mobile was also noted as the key trend disrupting the IT industry in the next 10 years with 70% of CIOs citing it, far ahead of big data and analytics (55%), social media (54%) and public cloud (51%).

There was little surprise in terms of the top 10 business priorities for CIOs in the coming 12 months. The Gartner survey revealed that increasing enterprise growth was the top priority, with delivering operational results and reducing enterprise costs making up the top three.

There were plenty of business priorities cited in the top 10 which cloud can help with. These included the aforementioned increasing growth and reducing enterprise costs, as well as improving IT infrastructure (ranked five), improving efficiency (seven) and implementing analytics and big data (nine).

According to Dave Aron, Gartner vice president, the results are indicative of a general growth in IT.

“Reacting to limited budgets by restructuring costs, outsourcing and doing more with less made sense from 2002 to 2011, when the supply of innovative technologies was scarce,” Aron said.

He added: “Adapting to, and leading, in the digital world requires doing things differently, yet in ways consistent with the demands of digital technologies, CIOs need to make the case that mainstream emerging mobile, big data, social and cloud technologies justify revisiting IT budget and investment levels.”

What’s your number one business priority for 2013?