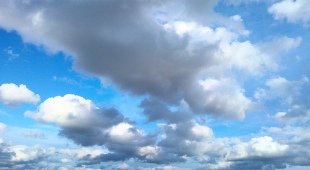 By James Bourne | 6th February 2013 | TechForge Media https://www.cloudcomputing-news.net/
Categories: Cloud Migration, Research,
James has a passion for how technologies influence business and has several Mobile World Congress events under his belt. James has interviewed a variety of leading figures in his career, from former Mafia boss Michael Franzese, to Steve Wozniak, and Jean Michel Jarre. James can be found tweeting at @James_T_Bourne.

According to a new report from KPMG, companies need to assume cost reduction in the cloud is ‘a given’ and consequently need to look at more transformational ideas.

Yet the report advocates that organisations need to go further; merely stating that the cloud drives value isn’t telling the full story.

“Gaining real cost savings from the cloud is about more than simply moving from fixed costs to operating costs,” says Rick Wright, KPMG US global cloud enablement program leader in the report.

“The greatest cost savings – and, more importantly, the transformational business benefits – will come from the longer-term outcomes, such as more efficient processes, more flexible operating models and faster entry into new markets and geographies,” he adds.

Reducing costs, of course, continues to be one of the most aggressive drivers of organisations moving their operations into the cloud.

It wouldn’t take long to find a study which cited this. Most recently, Host Analytics’ research back in December showed that four in five business executives claimed value as the biggest driver for a cloud app, compared to just over half (53%) of CIOs.

And this survey comes up with similar results; cost reduction was the primary driver according to 48% of respondents yet interestingly, lowering costs was more of a priority to IT executives (52%) rather than business execs (41%).

In terms of other factors driving a move to the cloud, it was relatively even; speed to adoption (28%), new market entry (27%), business process transformation (22%) and improved customer interaction.

The KPMG research puts further emphasis on a skills gap trend in cloud computing. ‘Integration with existing architecture’ was where organisations polled said they demonstrated the least amount of competence – 31% of respondents said that they found it the biggest challenge to cloud adoption.

“Implementation and integration challenges are critically important to overcome as – if they are not adequately addressed – they can threaten both the ROI and business benefits of cloud, particularly as adoption levels increase and pull in more core and strategic applications and systems,” said Steven Salmon, KPMG UK principal advisor.

This does seem to be a prevalent trend – a recent whitepaper from IDC and Microsoft last month showed that as the cloud evolves, cloud-based skills will grow at six times the rate of regular IT skills.

Interestingly, KPMG gives the thumbs up to security in the cloud. Of course, there are security risks. Data loss and privacy risks (30%) was the number one, followed by general security risks (26%) and intellectual property theft (21%).

Yet companies are becoming more comfortable in this environment; the report notes that “concerns related to security do not seem to be slowing cloud adoption”.

The full report can be found here. Should companies have been taking a more strategic approach to cloud long ago?