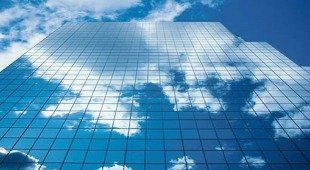 By James Bourne | 14th November 2012 | TechForge Media http://www.cloudcomputing-news.net/
Categories: Industries, Research,
James is editor in chief of TechForge Media, with a passion for how technologies influence business and several Mobile World Congress events under his belt. James has interviewed a variety of leading figures in his career, from former Mafia boss Michael Franzese, to Steve Wozniak, and Jean Michel Jarre. James can be found tweeting at @James_T_Bourne.

A week after VMware released its Asia Pacific Cloud Index Survey, another report has come up from the Asia Cloud Computing Association (ACCA) claiming Japan is the most ‘cloud ready’ nation in the Asia Pacific region.

Japan’s ranking is unchanged from last year at number one, with South Korea leapfrogging Hong Kong and Singapore into second place.

Hong Kong and Singapore, according to the VMware survey, were the most cloud-knowledgeable Asia Pacific nations, with nine out of ten IT professionals in Hong Kong claiming to have a strong knowledge of virtualisation and 82% of respondents in Singapore having a strong cloud knowledge.

Elsewhere, Australia slipped three places to 7th position overall out of 14 nations, mainly due to its poor international connectivity score. Australia only beat New Zealand in connectivity, scoring a meagre 2.7. For comparison Japan scored a maximum 10.0 in this category.

Perhaps surprisingly, even though New Zealand scored a paltry 1.3 on connectivity, the Pacific nation came top on two key areas; data privacy – equal with Japan and Korea – and data sovereignty, equal with Singapore.

Thailand and Vietnam came joint last in the index, with Thailand ending bottom of the pile on data sovereignty and Vietnam lagging behind on intellectual property protection.

One of the more intriguing elements of the survey was China’s low position of 10th.

Despite what is widely considered a burgeoning cloud computing scene – CloudTech reported in October that the Chinese cloud computing market will grow to approximately $18.6bn US dollars by 2013 – China slipped two places in the ACCA results.

This setback was attributed to many factors, according to the report – in particular constraints on growth, a lack of transparent security and data laws, and incentives which favour local firms.

The ACCA, in praise of Japan, said that even despite the devastating earthquake of March 2011, there is “the optimum mix of policies, business and infrastructure to continue and drive growth and adoption of cloud computing”.

Elsewhere, India continues to make steady enough progress in developing a cloud-centric environment, despite not changing its position of 9th in the index.

ACCA’s recommendation relates to improving India’s broadband ecosystem, in particular “uncertainty around its mobile licensing” – wise words, given the difficulties in the Indian 2G spectrum auction reported on TelecomsTech yesterday whereby two of the country’s most valuable regions received no bids.

This combined with other recent research shows the vast potential of the Asia Pacific cloud landscape. How powerful would the ecosystem be if all the countries got up to speed?