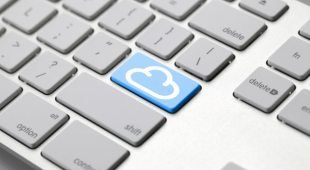 By James Bourne | 7th November 2012 | TechForge Media http://www.cloudcomputing-news.net/
Categories: Industries, Research,
James is editor in chief of TechForge Media, with a passion for how technologies influence business and several Mobile World Congress events under his belt. James has interviewed a variety of leading figures in his career, from former Mafia boss Michael Franzese, to Steve Wozniak, and Jean Michel Jarre. James can be found tweeting at @James_T_Bourne.

The third annual VMware Cloud Index survey has shone light on trends in Asia Pacific cloud computing, including which was the most knowledgeable nation.

The research surveyed 6,500 senior IT workers across the Asia Pacific region in 11 countries, including Australia, China, India, Japan and Korea.

The key takeaways from the research included:

Elsewhere, the research looked at the top benefits and barriers to cloud computing.

Optimising existing IT resources and infrastructure was the biggest cloud driver according to three quarters of the respondents. Simplifying IT resource access (73%) and reducing costs (70%) rounded off the top three.

In terms of barriers to cloud adoption, 69% of those surveyed said data privacy, ahead of integrating existing on-premise systems, cited by two in three respondents.

There were some other intriguing statistics from the research. Over two thirds (68%) of respondents claimed that if their companies didn’t invest in cloud resources, they’d fall behind their competitors.

Similarly, 40% of those surveyed believed their company was resisting change, which meant hindering cloud adoption.

The overall consensus, however, is that Asia Pacific cloud computing is certainly on the rise. Do you agree with the analysis?

Have a look at VMware’s overall Asia Pacific infographic below (click to enlarge):