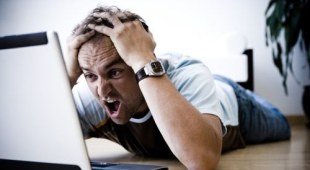 By James Bourne | 20th June 2012 | TechForge Media http://www.cloudcomputing-news.net/
Categories: Industries, Research,
James is editor in chief of TechForge Media, with a passion for how technologies influence business and several Mobile World Congress events under his belt. James has interviewed a variety of leading figures in his career, from former Mafia boss Michael Franzese, to Steve Wozniak, and Jean Michel Jarre. James can be found tweeting at @James_T_Bourne.

This is a potentially alarming finding from the International Working Group on Cloud Computing Resiliency (IWGCR): a combined 568 hours of downtime at 13 major cloud providers has cost £45.8 million (or $71.7 million) in business since 2007.

In the report, entitled “Downtime statistics of current cloud solutions”, IWGCR analysed the 13 providers, including Amazon, Microsoft and PayPal among others, and worked out that on average, cloud services were unavailable for 7.5 hours per year.

Turning it around, it means that cloud services are available 99.917% of the time – a comparatively huge difference from the oft-feted figure of 99.999% availability.

There has been plenty of scepticism concerning the supposed ‘five nines’ over the years, and this report may go some way to providing concrete evidence that 99.999% availability is a myth for now.

To put it into context, nPhaseOne notes that with ‘five nines’ availability, there would only be five minutes downtime per year as opposed to 7.5 hours.

According to the report, the costs for companies with outages can vary wildly, from roughly £125 per hour ($200) for companies such as Google and Microsoft, to an eye-watering £56,000 ($89,000) for travel service providers Amadeus.

Cloud service manager NaviSite accounted for the majority of the numbers, racking up a whopping 168 downtime hours for 2007. BlackBerry clocked up 72 hours in 2011.

The IWGCR said in their report: “Regarding the potential impact of cloud computing in the world, providing reliable services to meet the requirements of mission critical systems becomes more and more important.

“Meanwhile, the lack of reliability of cloud services is not commonly known by [the] industry,” the report claims.

It has to be noted here that the group’s methodology might not be as thorough as it could have been, a fact that the IWCGR acknowledges.

The IWGCR collated their information only from press releases, calling their methodology “imperfect” and stating that the “procedure to gather information is far from exhaustive”.

As a result, there may have been many missed outages not included in the report – alongside some incidents which were reported spuriously, such as Twitter “often…down on and off for hours”.

The IWGCR insists they aren’t finished in examining cloud outages, and they hinted at improvements for their next report, including using Google Alarms to collate news automatically.

Nevertheless, their current findings may be a worry, both for advocates of cloud efficiency and economists. Do you agree with the results of this report? Is there still a worry about downtime in the cloud?