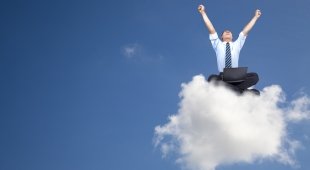 By James Bourne | 26th July 2012 | TechForge Media https://www.cloudcomputing-news.net/
Categories: Infrastructure, Infrastructure as a Service, Research,
James has a passion for how technologies influence business and has several Mobile World Congress events under his belt. James has interviewed a variety of leading figures in his career, from former Mafia boss Michael Franzese, to Steve Wozniak, and Jean Michel Jarre. James can be found tweeting at @James_T_Bourne.

A detailed study from the International Data Center (IDC) has shown that companies who use the Amazon Web Services (AWS) cloud make substantial savings over time.

The report, titled ‘Business Value of Amazon Web Services Accelerates Over Time’ and commissioned by AWS, saw the research house interview representatives from 11 organisations which had deployed AWS onto their services.

According to IDC, after three years enterprises should expect to see three and a half times their investment in AWS; and after five years the realisation would be $8.40 per every $1 invested.

“While all customers had enjoyed positive returns on their investment, there is a definite correlation between the length of time they had been AWS customers and their returns”, the report states.

The key statistics from the report are:

According to the report, the biggest benefit experienced with adoption onto the infrastructure-as-a-service AWS cloud was lower capital and operational costs from the Amazon infrastructure.

Increased productivity from developers and IT staff contributed to nearly a third of the overall financial benefits.

Amazon, of course, has had its fair share of press recently concerning uptime – or lack of it, following storms in Virginia which knocked their EC2 cloud out between June 30 and 31.

But according to the IDC report, compared to non-cloud based services, downtime was reduced on average 72% having moved to AWS.

“The robustness or quality of service is often measured in unplanned downtime and is the number one reason companies switch providers”, the report claims.

“Our findings show that AWS has an outstanding track record regarding availability”, said report co-author Stephen Hendrick, adding: “However, service interruptions are inevitable regardless of whether applications are deployed on-premise, on AWS or elsewhere”.

Some of the challenges IDC noted in the report included integrating legacy systems, and ended up as a potential forewarning to the difficulties of cloud hosting.

“Consequently, integration remains a challenge because the architecture and the modularity of legacy applications are highly variable,” the report states.

Evidently, this is almost all good news on the surface, but should we take a pinch of salt about an IDC report praising Amazon to the heavens…commissioned by AWS?