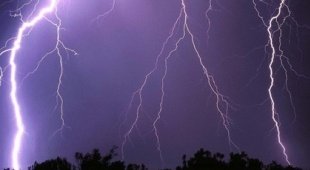 By James Bourne | 2nd July 2012 | TechForge Media https://www.cloudcomputing-news.net/
Categories: Industries, Cloud Computing Retail and Consumer News. Read the latest news on cloud computing in the retail and consumer sectors here at Cloud Tech News.">Retail & Consumer, Security,
James has a passion for how technologies influence business and has several Mobile World Congress events under his belt. James has interviewed a variety of leading figures in his career, from former Mafia boss Michael Franzese, to Steve Wozniak, and Jean Michel Jarre. James can be found tweeting at @James_T_Bourne.

In the week that the International Working Group on Cloud Computing Resiliency reported worldwide cloud outages cost at least £45m over five years, the all-encompassing Amazon EC2 Cloud was down on Friday night due to heavy storms in Virginia.

It’s certainly more proof that real clouds can have an effect on cloud computing. This particular storm was deadly, with the death toll as high as 17 across eastern America.

Amazon Web Services’ (AWS) status board is a healthy sea of green as of Monday morning, but June 30 and 31 was a different story in the North America region with the EC2, Relational Database Service (RDS) and Elastic Beanstalk clouds in Virginia affected across both days.

A statement from AWS at 2321 EST on Friday said that they were “investigating connectivity issues for a number of instances in the US-EAST-1 Region”, with power confirmed as out at 2340.

However at 0054 EST on Saturday AWS filed: “EC2 and EBS APIs are once again operating normally. We are continuing to recover impacted instances and volumes”, with updates on power restoration sporadically occurring throughout early Saturday morning.

This is also more evidence to suggest that the 99.999% availability idea was a misnomer.

Reports varied on the amount of time the service was knocked offline, but it was certainly more than the five minutes offline per year to attain five nines availability.

A release from Dominion Virginia Power on Sunday said that, of the 900,000 people affected by the outages on their watch, they had already accounted for two thirds, with the remainder expected to be powered up again by the weekend.

Amazon has had problems in this area before, with the IWGCR noting in their report that Amazon’s cloud was down for 24 hours in 2009. More recently, a major outage in April 2011 sent websites such as Reddit and Foursquare crashing down.

Did the storms affect you? Was this just a freak occurrence or is this another thing to think about for advocates of cloud resiliency and reliability?