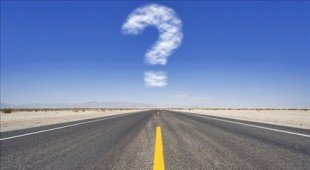 By James Bourne | 10th December 2012 | TechForge Media https://www.cloudcomputing-news.net/
Categories: Research, Cloud Computing Virtualisation News. Read the latest on cloud computing and virtualisation news here at Cloud Tech News.">Virtualisation,
James has a passion for how technologies influence business and has several Mobile World Congress events under his belt. James has interviewed a variety of leading figures in his career, from former Mafia boss Michael Franzese, to Steve Wozniak, and Jean Michel Jarre. James can be found tweeting at @James_T_Bourne.

With 2013 just around the corner, it’s not surprising to see many companies rolling out their 2013 tech predictions – and it’s even less of a surprise that cloud computing features heavily.

Analyst house Forrester has revealed its top 10 cloud computing predictions for next year, with all the contributors to the Forrester cloud playbook giving their view before narrowing down their insight to the best 10 enterprise cloud forecast.

These predictions include a waning of AWS’ cloud prowess, companies no longer fussing over service level agreements (SLAs), and a further convergence of cloud and mobile.

“We can stop speculating, hopefully stop cloudwashing, and get down to the real business of incorporating cloud services and platforms into our formal IT portfolios”, wrote Forrester analyst James Staten in a blog post.

The 10 predictions from Forrester are:

Perhaps it’s something of a surprise that people think AWS is synonymous with cloud, although studies like the IDC research in July concerning companies who used AWS making substantial cost savings over time may contribute to it.

Similarly, it will be intriguing to see whether the SLA debate will go away, of course in part fuelled by Amazon’s EC2 cloud going down for several hours this year.

Which predictions do you agree with? Are there any you disagree with? Find out more about the cloud, mobile and enterprise melting pot at Apps World North America, on 7-8 February 2013 in San Francisco.